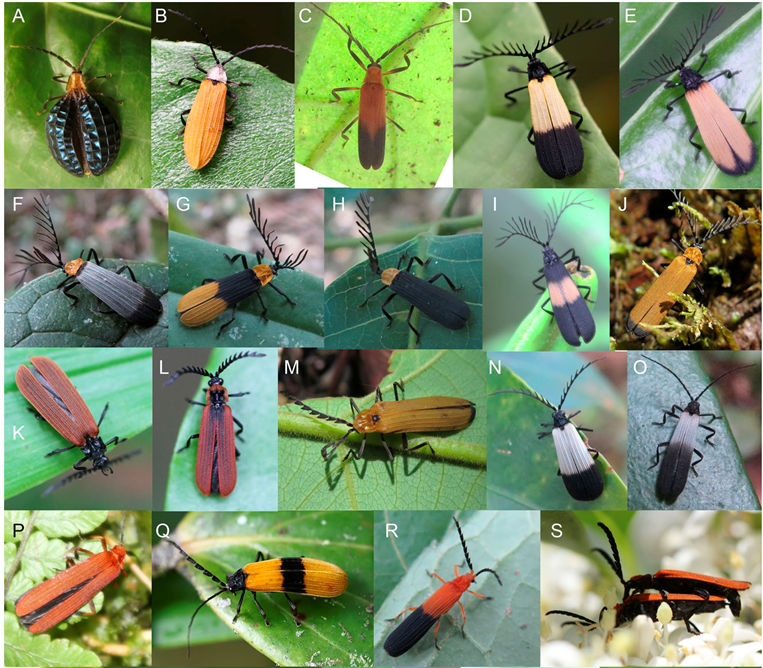 Insects dominate the Earth’s biodiversity; nevertheless, the vertebrates are primarily employed as models in evolutionary and conservation research, and insects have been neglected. The team headed by Ladislav Bocak from the Czech Advanced Technology and Research Institute (CATRIN) in Olomouc carried out the GACR project “Evolution of aposematic patterns in large Müllerian mimetic systems” that focused on highly diverse tropical net-winged beetles as a novel model for the study of mimicry. They identified high diversity of their model group, including ~1,000 unnamed species.

Prey’s signaling of unpalatability to potential predators is intensively studied, but researchers have traditionally focused on interactions between a few butterflies and birds. The results enabled the formulation of the principles under which evolves the similarity of an unpalatable aposematically colored prey and its mimics (i.e., Batesian and Müllerian mimicry). Most mimetic systems are more complex, with up to a hundred interacting species and multiple predators with different visual perceptions, including spiders and insects. 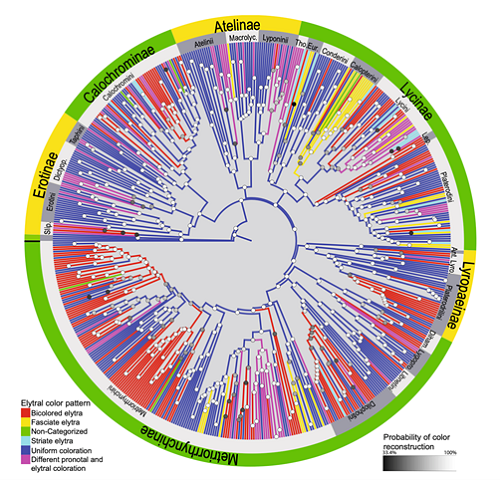 The phylogeny-based classification is a basis for any evolutionary research.

“We based our research on 30-year field experience and material collected in the whole tropics, especially the mountains, where many aposematically colored species interact in restricted areas. Current DNA sequencing methods allowed us to base our research on robust phylogenetic relationships and rapid molecular inventory. With such an approach, we can study large and complex biological systems and formulate hypotheses on processes that govern the evolution of mimetic patterns,” says Prof. L. Bocak. 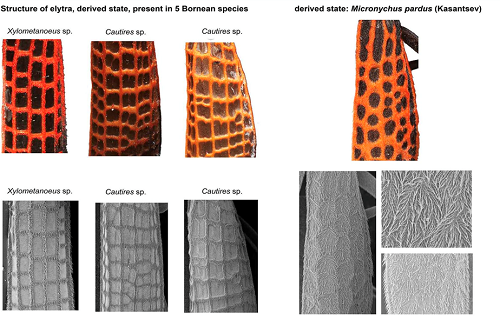 The structures employed for aposematic signaling can have a common origin (elytral costae of various species, left) or are just an illusion if differently colored setae resemble true costae (Micronychus pardus, right).

The entomologists from CATRIN used phylogenomics and Sanger data to elucidate relationships of net-winged beetles to other families, defined main lineages, and the internal relationships in the focal group that contains 2,000 sequenced species. Phylogenetics identified the uniform brightly colored dorsum as the ancestral aposematic signal of net-winged beetles. The now dominant bicolored elytra originated later and only relatively recently evolved complex bands and stripes that added an arrangement of differently colored body parts to the signal. Dr. M. Motyka, as a co-investigator, says: “We showed the trend to the increasing color distance between the prey and various backgrounds and, later, the higher internal contrast between bright and dark body parts. Our results show that the evolution enhances the strength of the aposematic signal but that some beetles retain a simple ancestral signal despite their long-term coexistence with relatives emitting a more effective warning. Besides such an intrinsic limit, allochthonous species enter the area of endemic color patterns and further increase the complexity of interactions. The success of dispersing species depends not only on the numbers of individuals but also on the strength of their signal and the ability of predators to get familiar with an additional type of warning in the large multipattern communities.” 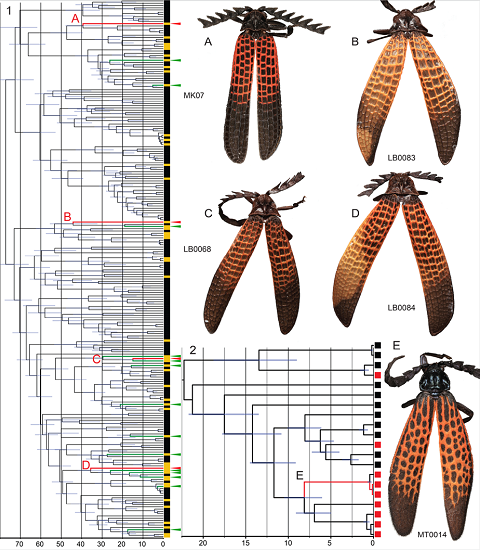 We can date the origins of aposematic patterns and recover their ancestral areas with molecular phylogenetics.

The authors further studied if the species could react to the complex situation by polymorphism. Therefore, they learned with the next-RAD method population-level relationships and proved quite common origins of mimetic polymorphism that has not been reported in net-winged beetles. Additionally, they documented that the differences in the male and female body size can direct the evolution to the sexual polymorphism in the aposematic coloration.

The team from CATRIN builds the research program on extensive field research and the collaboration with the Binatang Research Center of the Czech Academy of Sciences and the Natural History Museum in London.  The data for monitoring tropical diversity with phylogenomic and mtDNA data enabled the identification of ~1,000 unnamed species in the DNA database. The unknown diversity was predicted, but now the specimens and molecular data provide an undisputable benchmark for evaluating diversity loss. 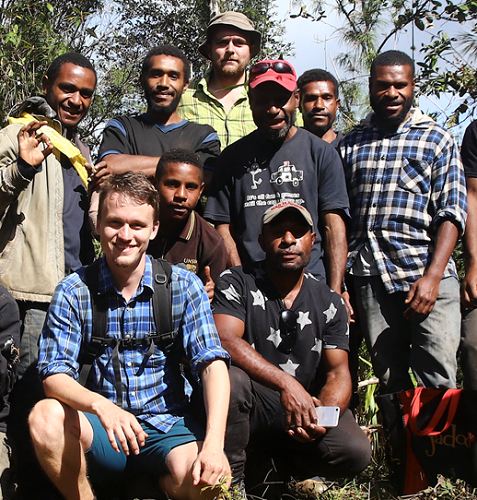 The outputs of the project were reported in over 20 journal publications.

The first image: The aposematic signals are simple, but their diversity is enormous and includes various patterns in close interactions.